The Modified Romberg Test: Why You Should Not Do It

Officers who have completed Standardized Field Sobriety Testing training may go on to take Advanced Roadside Impaired Driving Enforcement or Drug Recognition Evaluation.  Both of these training programs include Modified Romberg Test (MRB).  Like many testing methods offered up for roadside evaluation, it is fatally flawed.  It is designed for drivers to fail and to support the officer's arrest decision.

What is the Modified Romberg Test?

An officer conducting a Modified Romberg Test is looking for three indicators:  time estimation, tremors, and swaying.  These are all being looked for a the same time.  Tremors may be eyelid or body or muscle tremors.  Sway may be front-to-back, side-to-side or circular/rotational.  Time sense is measured by the subject's estimation of thirty seconds as compared to an actual clock.  In addition, the test is described as a divided attention test since it requires the subject to follow a set of instructions given before the onset of the test.

There are two stages to the test:  instruction and balancing.

The officer should demonstrate how to stand and tilt the head back, but the officer will not close their eyes.

Again, the officer should request a verbal acknowledgement of understanding from the subject.

The officer then looks at their timer, tells the person to tilt their head close their eyes and start.

The officer keeps track of time, watches for tremors and sway, and waits for the person to say “stop.”  The officer will force a stop if the person takes 90 seconds or more.  When the person opens their eyes, the officer should ask “how much time was that?” to confirm that the subject was estimating thirty seconds.

What Do They Think MRB Means?

Swaying is rated as to degree of swaying.  It is rated by inches of swaying from center point:  less than 1 inch, 1-2 inches, or more than 2 inches.  Again, swaying is viewed as indicating the presence of a substance.

The Modified Romberg Test Is Flawed.

There are a number of reasons why the Modified Romberg Test is not reliable and should not be submitted to by any driver.

It is worth noting that these drug-related evaluations are allegedly for the purpose of detecting the presence of certain classes of substances.  Presence does not equal impairment, even though many officers treat it that way.  Officers are likely to use an alleged positive test to elicit information from a driver about usage of those substances.  Those statements will be used against you, even if Miranda has not been read.

The Romberg Test is an actual neurological test.  The Modified Romberg Test is not an actual neurological test.  The medical test requires the obtaining of a baseline with the eyes open and compare the degree of swaying to that observed with the eyes closed.  There is no tilting of the head.  There is no estimation of time.  The medical test is a way of assessing brain stem function from lesions.

Balance is the Key

Postural balance is the key to “passing” the swaying part of the MRT.

Postural balance requires three things: vision, felling in your feet, and intact semicircual canals in the inner ear (the vestibular system). Most people can compensate for loss of one of the three, but not two or more of three.

Closing the eyes removes the vision part of the balancing foundation.

Tilting the head back upsets the vestibular system. 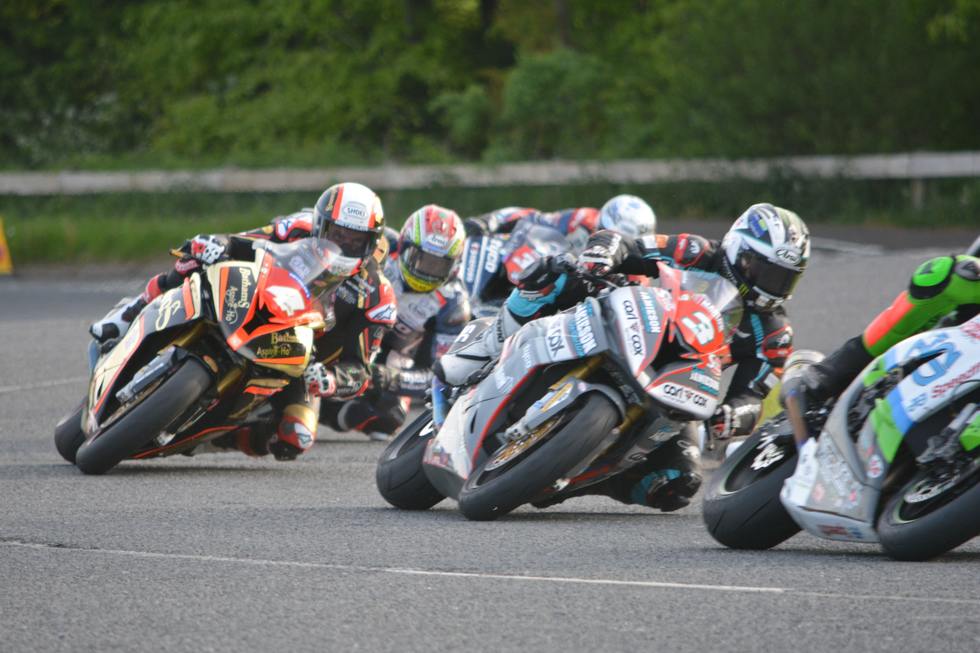 The upright positions of the motorcycle riders' heads demonstrate the importance of the vestibular system to maintaining balance.

So, when the officer says “start” and the person begins, they have immediately removed two of the three things that they need for balance.

In addition, there are a number of medical conditions that can cause loss of feeling in the feet, such as neuropathy, which would even cause the loss of that third factor.

The MRT is designed to produce swaying.

In addition, there are many people who do not have a good time sense to estimate the passage of thirty seconds.  ADD and ADHD spring immediately to mind as conditions which may cause either a sped up or a slowed down internal clock.

Georgia Law Allows You to Refuse These Voluntary Tests

The Georgia Constitution protects persons from being compelled from performing acts which would tend to incriminate the person.  You can refuse such requested testing and that refusal should not be admissible against you.  You should always say as little as possible during such an encounter, so you should simply say no to the request to take these tests.

If you have been arrested for DUI or other serious driving offenses and would like to consult with Black Law Offices, LLC, about your case, please fill out and submit this form.

Thank you for contacting us. We will get back to you shortly.

Please complete all required fields below.

Proud Member of the National College of DUI Defense

This site is an advertisement for Black Law Offices, LLC. All information is provided for educational purposes and should not be relied upon as legal advice. A person facing a serious criminal charge such as DUI or Vehicular Homicide should seek legal advice based upon the facts of their own case.